Programmatic offers multiple ways for mobile app advertisers to find the best media inventory for their ads, one of which is a Private Marketplace (PMP).

PMP deals are mutually beneficial for both advertisers and publishers. 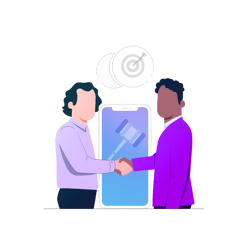 A PMP enables advertisers to access quality inventory, which may not be available in an open exchange (or open auction). This inventory comes at a premium, but it is worth the cost for several reasons. First, advertisers pay a fixed price without any surprises. They also get increased transparency into media placement with a clear idea of what kind of inventory they are buying and at what price, which reduces the risk of ad fraud.

Publishers achieve better CPMs for their premium inventory, as PMP deals typically have higher minimum floor prices than open exchanges. Also, they get extensive control over the types of advertisers they accept and can forge stronger buyer relationships, which can lay the groundwork for future collaborations.

To determine the value of PMPs, we analyzed a mobile advertising campaign for a gaming app. 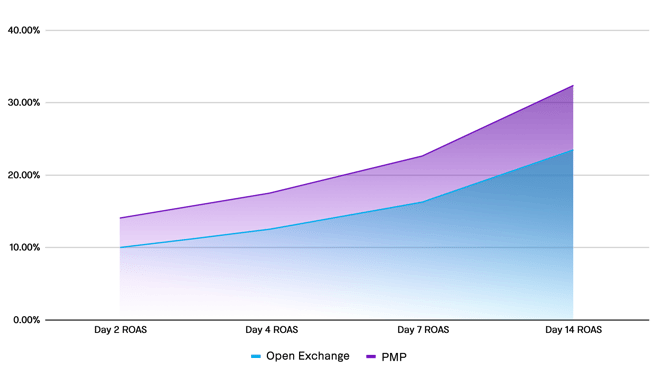 While comparing the data received from the advertising campaign run on a PMP and the data from the campaign run on an open auction, we noticed an impressive 40% increase in return on ad spend (ROAS) with the PMP. Furthermore, we observed that for this PMP campaign, the click-through rate (CTR) was about 20% higher compared to the open auction. 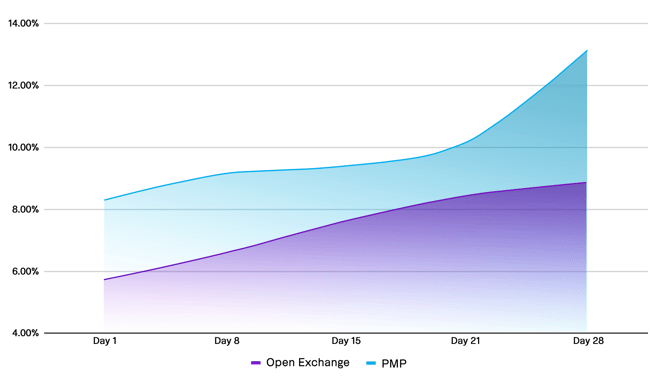 The choice between a PMP and an open auction will depend on your app marketing campaign goals. If you are looking for a more cost-effective way to buy media with access to the largest audience, open auctions might be the way to go. But if your goal is to access a more exclusive, premium inventory with stable volume, PMP is a better option.

Would you like to know more about programmatic? Visit our whitepapers’ page.