Triwin Games partnered with Aarki for a user acquisition campaign to expand the audience reach of their Gold Fortune Casino app. The campaign objective was to increase the user base of highly engaged users while generating a strong return on investment (ROI). Triwin was looking for a partner with a large repository of data, as well as machine learning expertise to be able to meet and exceed the KPI goals of the campaign.

We at Aarki had two clear objectives: increase brand awareness to expand the user base and acquire high lifetime-value (LTV) users who would drive strong engagement and ROI.

During the Explore phase of the campaign, we sought to develop a better understanding of the app’s users’ behavior and preferences and used Triwin’s first-party data to develop machine learning models.

After a month, our team launched the Install Optimization phase, aiming to acquire a large volume of app installs at a significantly lower cost per install (CPI). Once this phase was completed, we started the Event Optimization phase and optimized the model towards purchases. Over the campaign period, increasing amounts of data points were collected. This allowed the models to learn and improve their accuracy. Thus, over time, the install rate became closer to the (predicted) install probability and the event rate approached the (forecasted) event probability.

At Aarki we believe that reaching the right audience with the right message is essential for a successful app marketing campaign. Because different users have different needs and interests, we began the campaign planning process with creative research to better understand the different user segments.

Armed with this knowledge, we created iterative creative assets based on the most compelling game features. We featured Caishen, the God of Wealth, since most Gold Fortune Casino’s slot machines use traditional Chinese themes. Animation was used to show how the slot machines work so the viewer could understand what the app is about. We also made the use of messaging (e.g. a welcome bonus) and imagery to create a feeling of wealth and prosperity. As the campaign progressed, our creative team performed champion/challenger testing to identify the best-performing ad creative and then increased its media and budget allocation to reach the audience with the highest engagement.

The campaign proved to be successful right from the start. 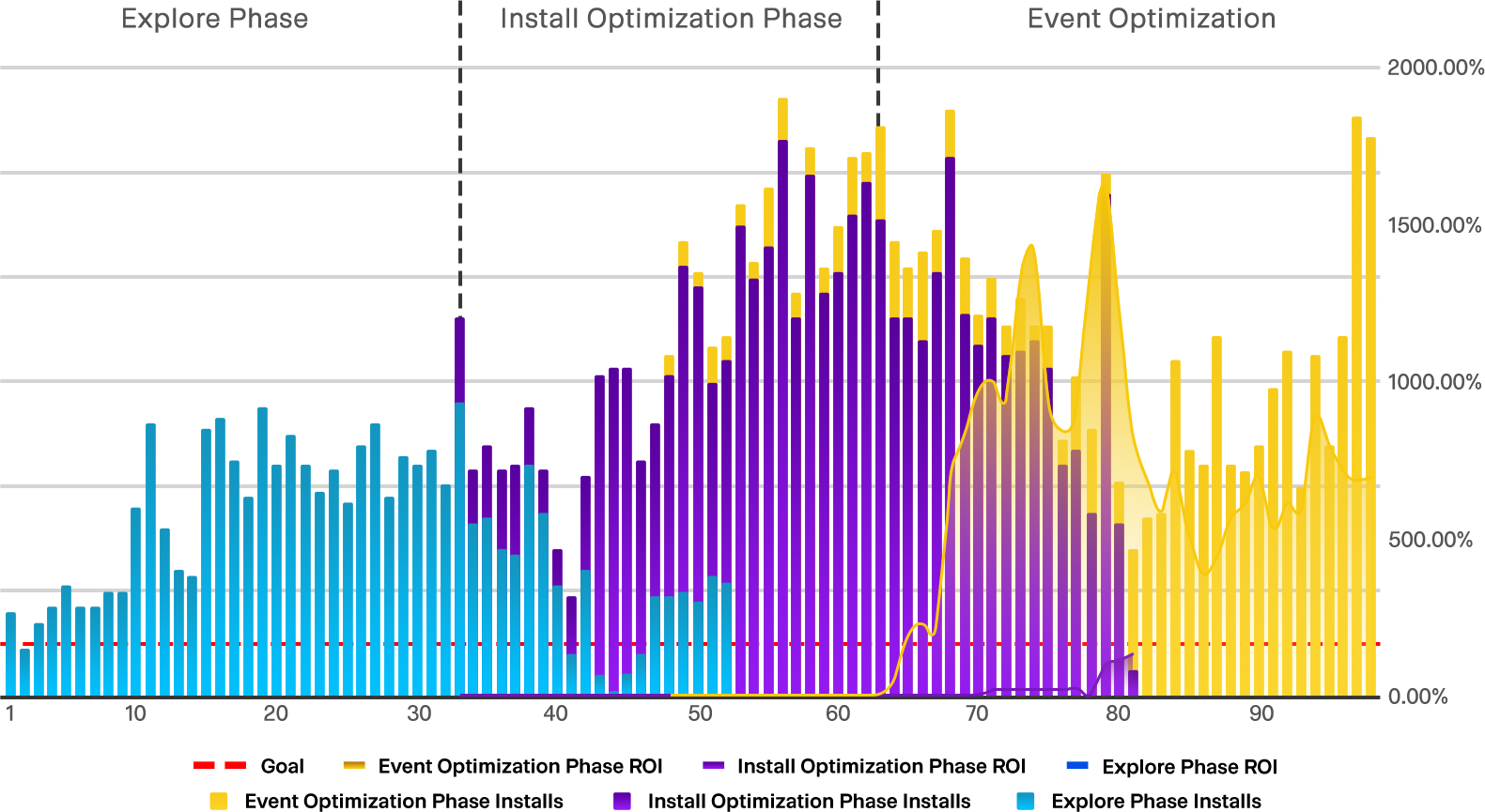 "The Aarki teams’ professionalism and hard work have left a deep impression on us. The powerful machine learning capabilities of the Aarki platform have brought a lot of high-value users to our games and achieved considerable returns."

Triwin Games, the fastest growing games publisher, was founded in January 2018. Since then, Triwin Games has dedicated itself to publishing the best online casino games on the planet. The team has comprehensive experience in the online casino games industry. Their development skills, knowledge of game design and publishing strength enable them to launch products that are globally successful. The team strives to produce fascinating games for players that are creative and fun. In the past few years, Triwin Games has launched Tycoon Casino Slots, Grand Jackpot Casino, Gold Fortune Casino, and Vegas Casino Slots – all global chart-toppers.