Apple’s announcement of major changes to the IDFA on iOS 14 at WWDC 2020 was a huge shot across the bow in the mobile advertising world. As the deadline approached, the industry sought to understand the impact of the IDFA removal. Triwin Games partnered with Aarki in July 2020 for a user acquisition campaign targeting iOS users with Limited Ad Tracking (LAT) enabled on their device.

The objective of the campaign was to understand the return on investment (ROI) potential of the LAT traffic while acquiring new users for Triwin’s Billion Cash Casino app.

Aarki has been running LAT targeted campaigns for our advertisers for several months, even prior to the iOS 14 announcement. As a result, we have a seamless LAT campaign process and several LAT specific optimization models available to be trained for our advertisers’ app campaigns.

To track the performance of the campaign, we used the install and event postbacks from Triwin’s MMP.

The campaign proved to be successful right from the start. Though the non-IDFA environment limits some of the targeting and optimizations possible, we were able to train our models using the available signals for this campaign successfully and exceeded Triwin’s ROI goal by 24.80%.

At Aarki, our data scientists develop advanced machine learning models to reach and acquire prospective users and deliver strong ROI. This reality hasn’t changed with the iOS14 IDFA deprecation. Due to our adaptability and creative approach, we continue to hold our values driving innovation and delivering superior performance to our customers. 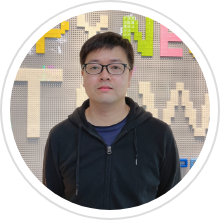 "LAT traffic tests are gradually spreading in various channels, but Aarki was the first to propose the test, and we were honored to collaborate. Aarki worked with us to actively adapt to the environment without IDFA, and the test results were good. Aarki also maintained close communication and cooperation during the test.

Aarki's professional team, leading ideas and superior algorithms are the reasons we chose to partner with them.”

Triwin Games, the fastest growing games publisher, was founded in January 2018. Since then, Triwin Games has dedicated itself to publishing the best online casino games on the planet. The team has comprehensive experience in the online casino games industry. Their development skills, knowledge of game design and publishing strength enable them to launch products that are globally successful. The team strives to produce fascinating games for players that are creative and fun. In the past few years, Triwin Games has launched Tycoon Casino Slots, Grand Jackpot Casino, Gold Fortune Casino, and Vegas Casino Slots – all global chart-toppers.