Playtika seeks to create the most engaging and beloved entertainment experiences in the world. With a diverse and constantly growing portfolio of games, Playtika’s goal is to become the world leader in casual game entertainment. New trends and technologies continue to transform the casino game landscape, so Playtika partnered with Aarki for a user acquisition campaign to broaden the audience reach of its legacy title, World Series of Poker (WSOP). The campaign goal was to achieve an increased user base with high engagement and lifetime value and generate a strong return on investment (ROI).

The combination of Aarki’s custom bidding models and dynamic creative optimization was the key to the campaign’s success. We at Aarki ensured a high probability of installs and engagement by leveraging artificial intelligence (AI) to serve an optimal personalized creative variant to each user.

We leveraged Platika’s first-party data to train models to predict user quality and lifetime value. To reach high-quality users, we modeled and optimized against all parts of the user conversion funnel, from app installs to in-app engagement.

We believe the best creative are visually appealing and highly relevant to the users. Armed with information from our continuous coordination with WSOP and the deep category expertise of our in-house creative team, we designed feature-driven and character-driven creatives that would speak to the audience and appeal to their desires. Dark colors, present in most of WSOP’s own ads, were used to create an atmosphere of suspense. Emphasis was given to WSOP’s logo to leverage its brand. We wanted to immerse the user in the game by showing the point of view of the players in-game.

As we proceeded, the campaign was optimized towards the best-performing ad creative and ad spend was ramped up. With the top-performing “champion” creative identified, a “challenger” creative ad in the same display/video ad format was added, but with a slight tweak. After testing and comparing the performance of these two creatives, we identified the new champion and increased its media and budget allocation to reach the audience with the highest engagement. This process was repeated continuously, so we were always improving the impact of the creative.

The results that Playtika saw while partnering with us surpassed all expectations: 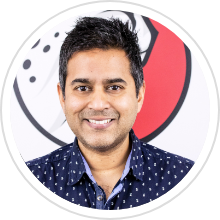 "Acquiring relevant users becomes increasingly difficult when a game, such as WSOP has been around for a few years. Aarki helped us reach relevant users at scale through advanced machine learning capabilities.

On top of its custom model development, one thing that differentiates Aarki is its exceptional quality of service."

Playtika is a leading mobile games company with 30 million monthly active users playing its titles. It was among the first to offer free-to-play social games on social networks and, shortly after, on mobile platforms. Playtika is also one of the originators of live game operations, offering users personalized, daily game experiences with new events and exciting new features 365 days a year.