Netzme Partners with Aarki to

Netzme, a hybrid fintech mobile payment platform, partnered with Aarki to broaden the audience reach of their Funtastic Payment app by targeting users in and around Jakarta. Retention rate optimization, support for multiple ad formats and creative localization were additional goals of the campaign. To ensure the campaign’s success, Netzme provided a multitude of event postbacks that informed Aarki’s bid models.

We at Aarki started with a user acquisition campaign phase, leveraging Netzme’s first-party data to develop a machine learning model. Creative assets from the Funtastic Payment app were used to build localized ads. The dynamic cost per thousand impressions (CPM) was computed at bid time against a goal of user retention. During this first phase of the app research, we sought to gain a deep understanding of user behavior and preferences and predict the install probability based on the data gathered.

Our team then launched the install optimization phase on day nine. Shortly after, the analysis showed that the gap between the predicted probability of install and the actual install rate closed, demonstrating the accuracy of our model.

At Aarki, we believe that speaking the language of your audience is the key to success. Language localization gives app marketers the possibility of tapping into new territories in the pursuit of wider audience reach. It also enables marketers to design creative ads that are specific to a geographic region’s cultural preferences. We collaborated with Netzme on language localization checks to ensure we got the right messaging context.

To attract new users, we emphasized how friendly and easy to use the app is. Our creative team analyzed the multivariate test data to identify the success factors of the creatives. From this, we knew to give dominance to bright colors and trendy artwork and to use images of real people to help establish relatability. We also chose images that highlighted the social aspects of the app and designed tutorial and feature-based creatives. As we continued testing, we compared the performance of the top-performing “champion” creative to a new “challenger” creative. After identifying each new champion, we increased its media and budget allocation to reach the audience with the highest engagement.

The campaign was a resounding success with strong performance in the following metrics: 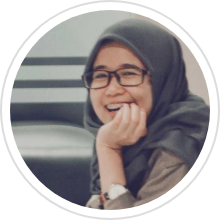 "Thanks to Aarki, we are not only reaching our target users from cities outside Jakarta but also generating a high retention rate, amplifying the performance of our user acquisition campaigns.

The best part of working with Aarki is their insight, exceptional collaboration, hands-on approach, and valuable creative expertise."

Netzme is a community-based mobile payment platform revolutionizing the way Indonesians interact socially and get access to financial services. Netzme’s vision is to enable mobile-first markets like Indonesia to build a community with shared cultural bonds through social gamification and nurture pay-it-forward human nature.