Jam City wanted to reactivate lapsed users of its top-grossing bubble-shooter game app, Panda Pop. Jam City knew this would require multiple ad formats, and creative personalization, at a global scale. They didn’t just want a DSP to execute the campaign; they wanted a partner that would demonstrate the uplift of each optimization strategy, so they could create proven approaches for future campaigns.

Jam City chose Aarki as their partner based on our expertise in measuring the incremental lift of our campaign strategies.

We analyzed audience data including spend level, number of days since the user last opened the app, and the highest game level reached. We used this to define the various audience segments which would define our bid strategies. These segments were defined as Targeting Groups.

We then began in-depth creative research to better understand Panda-Pop’s users. We explored what made the app unique, what features users found exciting, and various attributes that different audience segments found compelling.

This allowed us to design ad creatives specifically for each audience segment. We set up Creative Groups for each Targeting Group.

The focus of the design process was to give dominance to light, bright colors, and dynamic animation to attract attention. We drew on our creative research to remind users of what they loved about the game, and to evoke emotion and create compelling calls to action.  We then ran a creative test to select the best performing creatives for each audience segment. In every Creative Group we compared the performance of multiple creatives to identify the  Champion” creative and then increased its media and budget allocation for its most engaged audience segments.  Once we selected the best creative, we moved on to our PSA test.

To demonstrate the uplift of our strategy and understand the impact of personalized ad creative, we ran a Public Service Announcement (PSA) test. We divided the audience into 2 groups: Control Group, who were shown PSA (placebo) creative, and Treatment Group, users outside the control group who were presented with personalized reactivation creative for higher engagement. CPM bids were computed using machine learning algorithms with the goal of profitable reactivation.

Initially, the majority of the audience was shown the personalized creative and the rest were shown the PSA creative. Over a three-week period we accumulated an equal audience size to compare the Control Group to the Treatment group. 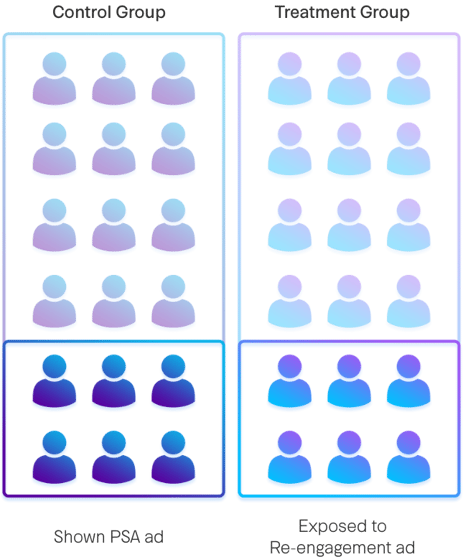 The results of the re-engagement campaign were impressive and surpassed all expectations: 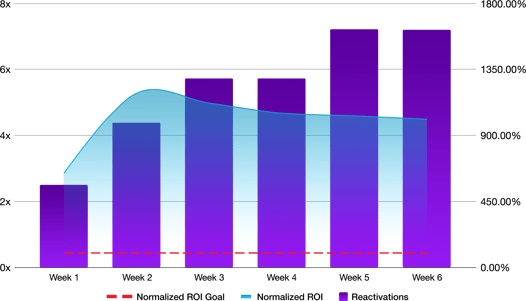 The incremental lift analysis proved the impact of our creative strategy, our media optimization approach, and our bidding algorithms. Jam City now have a playbook for a unified, compelling creative approach that works.

Aarki’s key success factor for driving app re-engagement is our ability to target users at different stages of the app user flow. 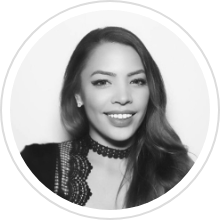 "We believe that Aarki’s ability to quickly analyze the impact of our campaign strategies on audience conversion was key in driving such good performance. With the fast development and quick optimization of custom creative for each target group, Aarki helped us achieve optimum campaign performance.

Jam City is an award-winning entertainment company providing unique and deeply engaging mobile games that are played by tens of millions of people across the globe. Jam City’s global franchise Cookie Jam has generated more than half a billion dollars, and Panda Pop has more than 120 million downloads to date. The company also is the go-to studio for Hollywood, having developed immersive, narrative-rich mobile games around iconic entertainment brands. The company’s popular RPG game Harry Potter: Hogwarts Mystery was the #1 game in more than 40 countries at its launch in April 2018.
The Jam City team is known for its creative excellence and technological innovation in key areas including storytelling, data science and audience insights.
Connect with Jam City
www.jamcity.com