Apple’s latest announcement delaying their IDFA changes in IOS 14 until ‘early next year’ was quite a relief for the mobile advertising industry. This means more time to test and more time to adapt to the upcoming privacy updates.

In preparation for this, Jam City, a leader in the social games space, partnered with Aarki to evaluate the impact of the Limit Ad Tracking (LAT) traffic on the performance of a user acquisition campaign. The campaign ran for a month, targeting iOS users with LAT enabled on their device.

The objective of the campaign was to understand the return on investment (ROI) and cost per install (CPI) potential of LAT traffic, while acquiring new users for Jam City’s Vineyard Valley app.

Prior to Apple’s announcement of their privacy changes, we at Aarki were already running LAT targeted campaigns for our advertisers. We continue to build models that use additional contextual signals for predictions, to make sure that our clients can scale their iOS campaigns with or without IDFA.

For the Vineyard Valley app, we utilized our LAT ROI optimization models to meet, and exceed, Jam City’s KPIs. To track the performance of the campaign, we used the install and event postbacks from Jam City’s Mobile Measurement Platform.

The campaign was a huge success and proved that, if utilized correctly, machine learning models can do their job well, even in a non-IDFA environment. Running the campaign for one month enabled us to improve our bidding models and surpass the advertiser’s KPIs. As a result, LAT traffic outperformed the IDFA traffic with a 215% higher ROI.

In addition to the ROI uplift, we were also able to decrease the CPI by 32%.

Aarki continues to scale LAT traffic, improving its machine learning models that result in increased spending and strong performance. Ongoing testing and optimizing of the models in the new non-IDFA environment gives us the tools to crack Limit Ad Tracking’s secrets, as well as provide confidence in a future where the audience will decide to share or not share their IDFA.

We believe that the deprecation of the IDFA is just another challenge to overcome, and an opportunity to innovate and find new paths to success. 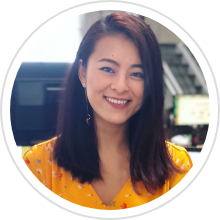 "We were pleasantly surprised by the effectiveness of the test campaign. The IDFA limitations require a shift of marketers’ mindsets on how to approach the iOS audience for mobile marketing. This test campaign showed that Aarki is well prepared for the new challenges.

The best part of working with Aarki is their exceptional collaboration and hands-on approach.”

Jam City is an award-winning entertainment company providing unique and deeply engaging mobile games that are played by tens of millions of people across the globe. Jam City’s global franchise Cookie Jam has generated more than half a billion dollars, and Panda Pop has more than 120 million downloads to date. The company also is the go-to studio for Hollywood, having developed immersive, narrative-rich mobile games around iconic entertainment brands. The company’s popular RPG game Harry Potter: Hogwarts Mystery was the #1 game in more than 40 countries at its launch in April 2018.
The Jam City team is known for its creative excellence and technological innovation in key areas including storytelling, data science and audience insights.