Jam City, a leader in the social games space, partnered with Aarki to help lapsed users reignite their love for the Bingo Pop app. The reactivation campaign’s goal was to achieve a specific ROI, as well as decrease the cost per activation (CPR). Jam City was also looking for an increase in global users, support for mobile ad formats, and creative personalization.

Persuading lapsed users to re-engage with a game is no easy task, but it is possible with the right audience targeting. Jam City provided a multitude of audience segments that informed Aarki’s bid models and helped take full advantage of Aarki’s testing capabilities.

We began a mobile programmatic campaign for Bingo Pop with highly tailored creative ads that would resonate with the target audiences and prompt them to action.

We segmented the target audience based on spending habits and last open date and formed targeting groups by intersecting those segments. A separate creative strategy was developed for each group to make sure that the right personalized messaging was shown to the right audience.

Once the process of audience segmentation was complete, we produced creatives in various ad formats such as animated display, native, banner, and video. All assets from the game were used in our creative concepts, giving dominance to light, bright colors, and dynamic animation.

For non-spenders, we designed creative ads to remind users of the app’s core features. The low-spenders were shown ads for new features and new machines, to appeal to their desire for novelty and challenge. The creative strategy for high-spenders focused on game updates.

During the campaign, we tested and compared the performance of the creative variants through champion/challenger testing. To better understand which direction to take for later creative iterations, and to improve performance, we identified the best-performing ad creative and called this the “champion” creative. Our team added a “challenger” creative in the same ad format but with a slight difference in the ad elements. We rolled out these creatives and continued monitoring performance to be sure that the winning creative did not become outdated.

By identifying and matching the right audience to the corresponding data-driven ad creative, we helped Bingo Pop reach greater heights through retargeting their lapsed users.

Our data-driven approach to this challenge led to significant results.

Performance Results - Return on Investment and Cost per Reactivation 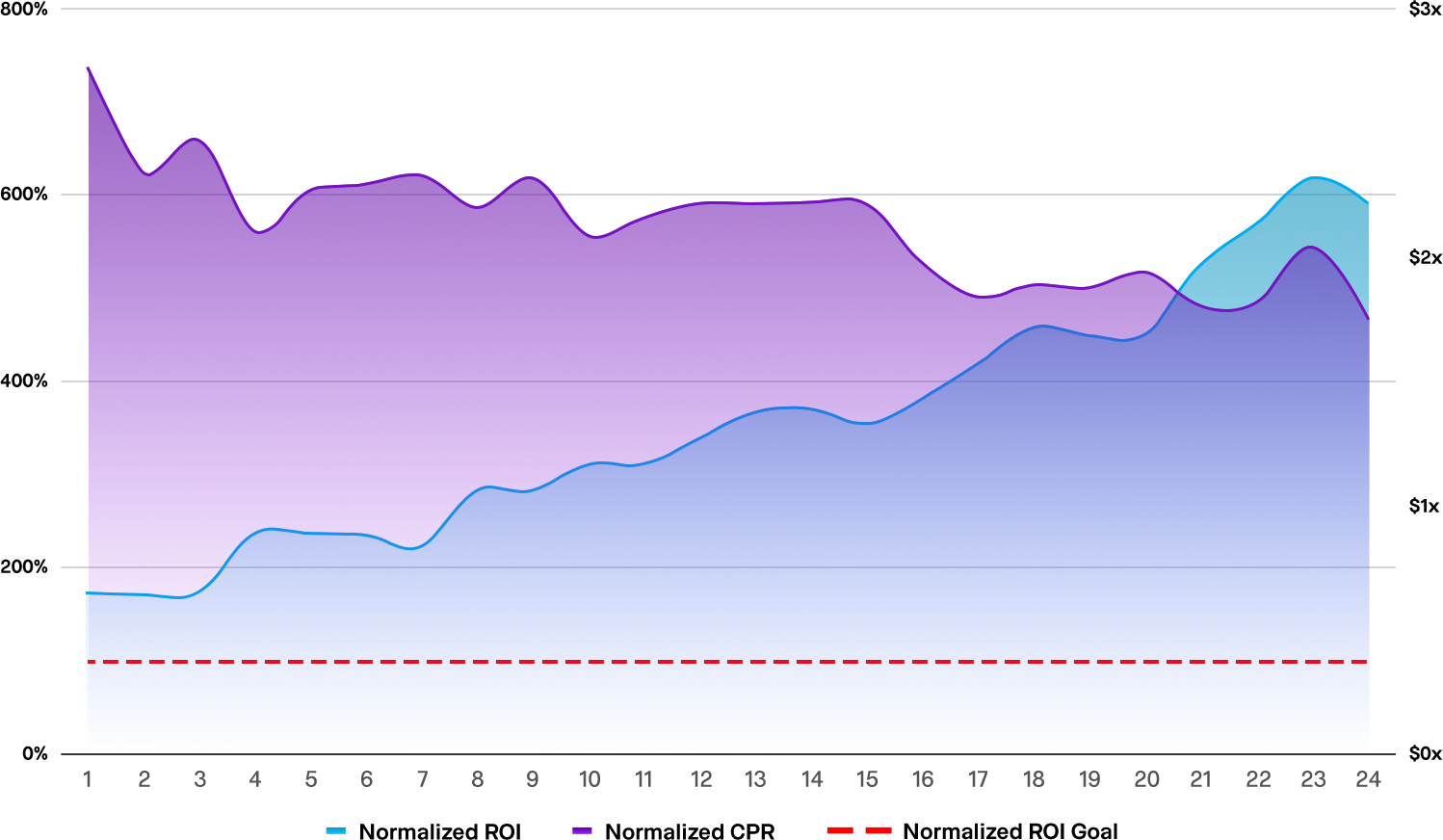 "The Aarki team has really leveled up our re-engagement results. Everything from creative production, campaign management, reporting, analysis, etc. - they're a joy to work with.

The campaign performance has been great and we continue to look for opportunities to expand our relationship with them."

Jam City is an award-winning entertainment company providing unique and deeply engaging mobile games that are played by tens of millions of people across the globe. Jam City’s global franchise Cookie Jam has generated more than half a billion dollars, and Panda Pop has more than 120 million downloads to date. The company also is the go-to studio for Hollywood, having developed immersive, narrative-rich mobile games around iconic entertainment brands. The company’s popular RPG game Harry Potter: Hogwarts Mystery was the #1 game in more than 40 countries at its launch in April 2018.
The Jam City team is known for its creative excellence and technological innovation in key areas including storytelling, data science and audience insights.