In preparation for the expected changes around the Identifier for Advertisers (IDFA) set to occur sometime in 2021 with Apple’s latest mobile operating system, iOS 14, leading demand-side platform Aarki expanded an existing campaign using InMobi Exchange to target users who had turned on the Limit Ad Tracking feature on their iPhone or iPad. The campaign was a huge success, with Aarki realizing ROI that was 350% above initial expectations.

Aarki is a leading demand-side platform (DSP) that works with many leading app-first companies. InMobi Exchange has been used by Aarki for many years, particularly for running mobile app user acquisition (UA) campaigns.

In June 2020, during its annual Worldwide Developers Conference, Apple announced it would require all apps to display specific IDFA opt-in language with iOS 14. Since the IDFA is central to many UA campaigns and efforts, Aarki wanted to be sure they were prepared for these changes and that they could continue delivering quality app installs for their clients even if IDFA wasn’t available.

To see how UA campaigns could function without IDFA, Aarki further scaled an existing campaign with InMobi Exchange where iOS device owners who had Limit Ad Tracking (LAT) turned on would be targeted going forward. The idea here was that the pool of users who have opted out of ad tracking in this capacity would rise significantly with iOS 14.

The campaign was a huge success and showed that Aarki could successfully run UA campaigns even for LAT users. Overall, Aarki’s return on investment (ROI) was 350% above expectations. And, the ROI from LAT users was more than 156% greater than the ROI from non-LAT users.

Contributing to the success of the campaign was the fact that cost per thousand (eCPM) impressions were 60% lower than normal, which was one reason why their win rates on LAT traffic were 2x their non-LAT traffic win rates. And, their LAT and non-LAT bid rates were largely the same.

As a result of this campaign, Aarki feels confident that they could continue to run successful UA campaigns even when the IDFA opt-ins are introduced sometime in 2021. 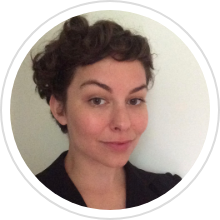 "Apple’s upcoming user app tracking transparency framework has forced the mobile advertising industry to reckon with an ecosystem where more users will opt out of cross-app tracking with IDFA. To prepare for performance at scale in a limited IDFA environment we launched dedicated LAT initiatives across our demand.

InMobi was one of the first exchange partners we expanded our LAT initiatives with and has become one of our top partners to access quality LAT users at scale. Given the continued strong performance on InMobi, we are confident that with our partnership we will be able to adapt to changes in the iOS ecosystem and continue to deliver on our advertisers KPIs regardless of IDFA availability."

InMobi is the world's leading Marketing Cloud, driving real connections between brands and consumers. We create new paths for brands to understand, identify, engage and acquire consumers by leveraging our exclusive access to mobile intelligence and technology platforms.

As a leading technology company founded in 2007, InMobi has been recognized as a 2019 CNBC Disruptor 50 company and as Fast Company's 2018 Most Innovative Companies. For more information, visit inmobi.com.