Alphakt, a Japanese marketing support company in the entertainment field focused on game apps, contacted Aarki for a user acquisition campaign for one of their clients who owns a dating app.

The goal of the campaign was to increase the app’s user base with the help of a mobile programmatic campaign, leveraging the cost per thousand impressions (CPM) pricing model.

Alphakt had fixed CPI affiliate-type plans in place and no experience with the CPM pricing model, so it was a big adjustment to incorporate the new strategy into their marketing plans. But their desire to test new approaches and gain new learning experiences meant they made the decision to move forward.

Before starting the campaign, Aarki conducted a survey of suitable app inventory and benchmark apps. We also composed ad creatives for more than 10 creative formats and optimized the initial performance.

We started the campaign with the Explore phase. This phase is critical for the success of the campaign because it helps our machine learning models to develop a better understanding of the app’s users’ behavior and preferences and to make more accurate predictions. As seen in Graph 1, the CPI started out quite high but as the learning increased, the CPI approached the client’s goal. Then, on Day 7 we launched the CPI optimization model. As a result, the CPI was able to achieve a unit price acquisition that was significantly lower than the goal. In addition, the number of installs increased by adjusting the distribution based on trends and countermeasures.

We continuously make campaign optimizations to further improve the campaigns and we constantly learn from the past performance. For example, during one of the Optimization phases (Graph 2), we noticed several performance deteriorations. In response, we worked with Alphakt to conduct fresh tests and optimized the campaigns accordingly, using trial and error. We implemented various optimizations based on the recommendations from our team of analysts such as bidding adjustments, creative refreshes, and delivery time adjustments. After nearly a year of operation, we have been entrusted with a budget that is nearly six times that of the original one.

We believe that these results were obtained through Alphakt's deep understanding of our services and commitment to learning, and Aarki’s understanding of the programmatic environment, and dedication to delivering results.

[Graph 1] Start of the campaign: CPI and install volume 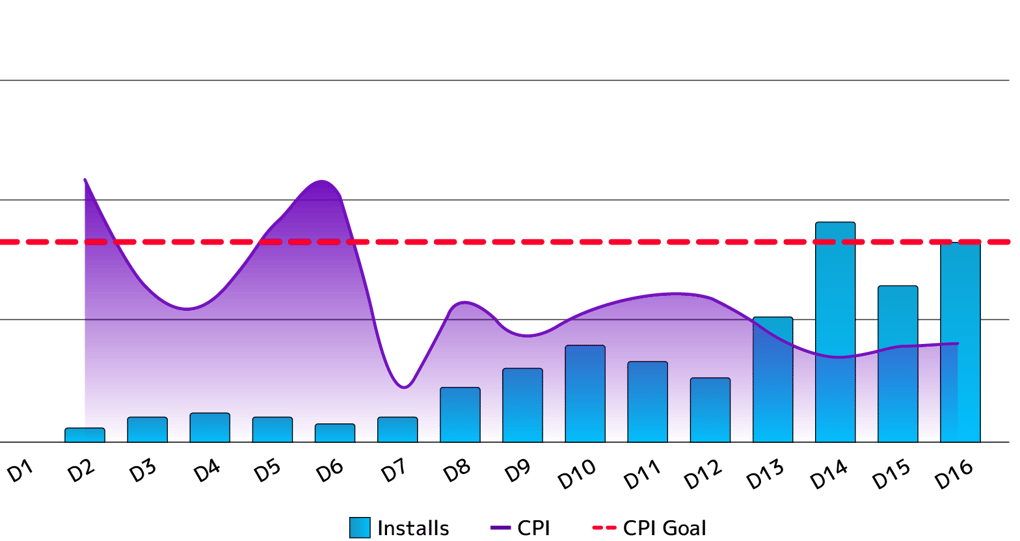 Within a short period of time after the exploration and CPI optimization period,
the cost per install was about 60% of the target CPI.

Aarki fine-tuned ROAS accordingly so as to provide performance
that exceeded ROAS goals as measured on a monthly basis.

In the future, the app marketing industry is expected to continue to be shaped by industry trends accompanied by the evolution and swell of various technologies. By combining the experience and knowledge of Aarki, which is active globally, with our solution capabilities, we hope to play a part in the growth of our clients in the Japanese market.

With our digital marketing expertise, we aim to develop and expand a wide range of businesses and services that will become the de facto standard for the future in areas with potential.
https://alphakt.com/

To learn more about Aarki's services and how we can help you acquire new users through LAT, drop us a message here. 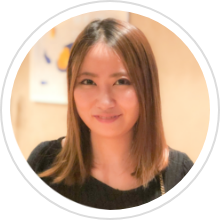 “When I first read the proposal, it presented an attractive learning exercise, but having no experience with the CPM pricing model and how the Explore Phase works, I was skeptical. With that thought, I consulted with Aarki. They did not apply a generic framework, but rather acquired an understanding of the local client's goal and suggested a tailored offer. As a result, we got the approval from our clients and decided to proceed with the implementation of the campaign strategy.

After working with Aarki, we and our clients were able to understand the flow of the reports, and we received swift responses, detailed optimization reports, and daily communication. In addition, performance reports for A/B tests were transparent and easy to understand. I got a convincing answer to WHY we should choose to work with Aarki. With this kind of relationship, even when performance temporarily deteriorated, I was provided with suggestions to make improvements, which led to getting results which made put my mind at rest. I feel that both our company and our clients were able to experience the benefit of Programmatic Media without being swayed by temporary volatility. Through these experiences, I am pleased that we were able to build a partner relationship and hope for the further development of both parties.”

Alphakt is a marketing support company in the entertainment field focused on game apps. In all parts of KPI design, advertisement distribution, and creative production, they make improvements by utilizing the data automatically collected by the system.