The Impact of COVID-19 on Social Casino Apps

The coronavirus pandemic continues to impact the lives of many people globally. It has become a generation defining period in everyone’s lives. As most (if not all) industries are affected by this global health crisis - from travel and shopping, finance to ad tech, this report will focus on how the coronavirus has impacted the mobile sphere of the social casino apps and the trends among the US mobile consumers.

With US state governments still enforcing lockdowns and social distancing, people are forced to spend most of their time at home. This unprecedented measure, replicated globally, means people are using their phones more often than before. InMobi’s survey revealed that in the US 73% of consumers said they are spending more time on their mobile phones. People are turning to their phones to stay connected, get information and be entertained. This has brought an influx of mobile app downloads and usage. 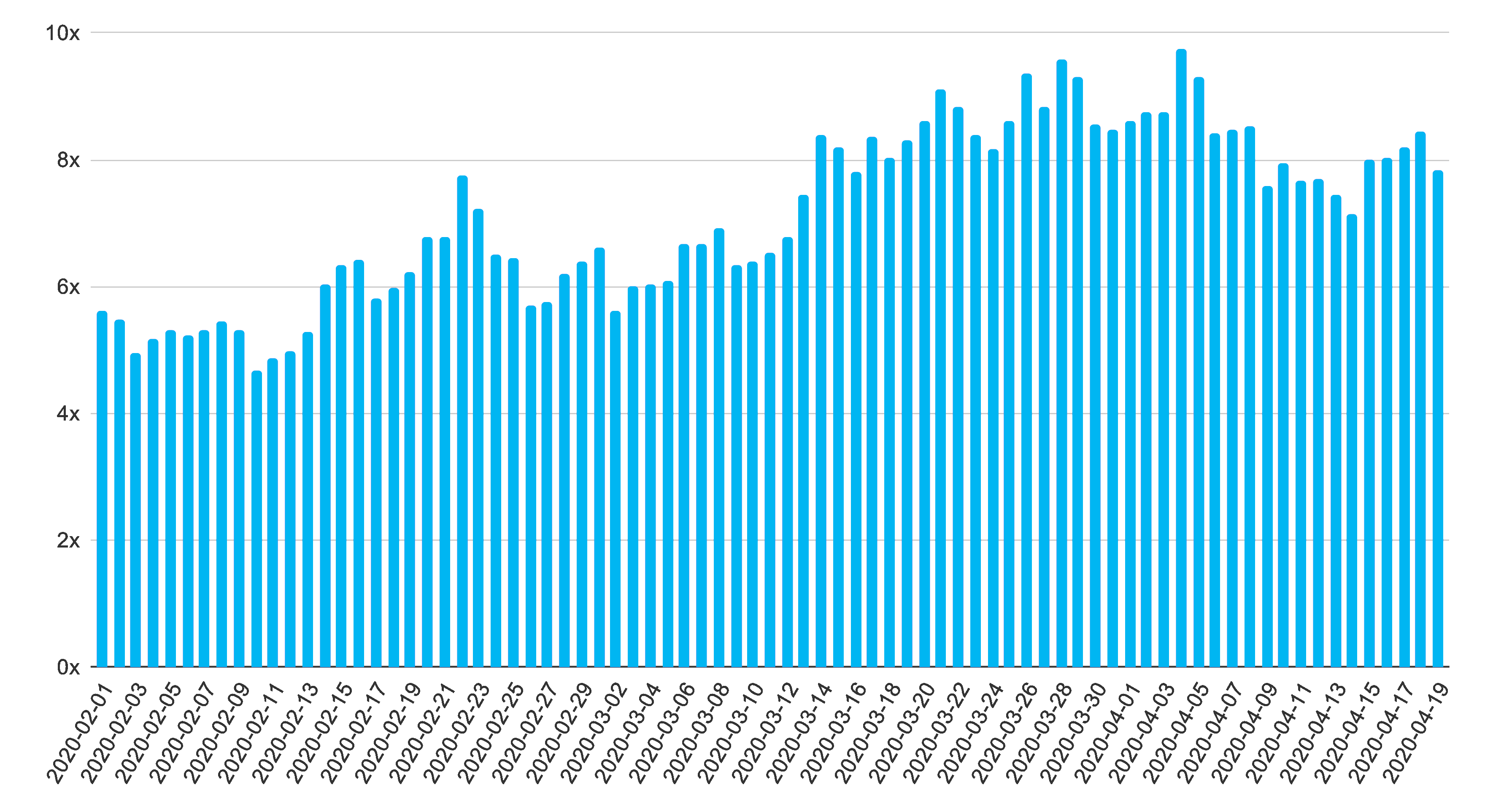 The increase in mobile app downloads and usage doesn’t necessarily translate to revenue. “Everyone’s a gamer now, but they’re not spending much money on it,” according to a recent report released by Bloomberg. They further shared that “by late March, between 57% and 71% of people surveyed in the U.S., France, Germany, and the U.K. were playing more”. eMarketer predicts that advertisers will likely spend less on mobile advertising because, despite playing more, people are being cautious with their spend.

How do Social Casino Apps Perform?

US consumers are spending more on necessities like groceries (37%) and household care items (18%) during the lockdowns, according to Inmobi. But how does this translate into the app spending habits of social casino users?

Year-over-year for March, US social casino app downloads saw an increase of over 23% while revenue increased by over 19% (Eilers & Krejcik Gaming).

Specifically, for the campaigns that Aarki ran when the US started to implement shelter-in-place, we saw an increase of 17% in revenue per install (RPI) and a surge of downloads, a 41% increase from 10,000 to 14,000 avg daily installs. 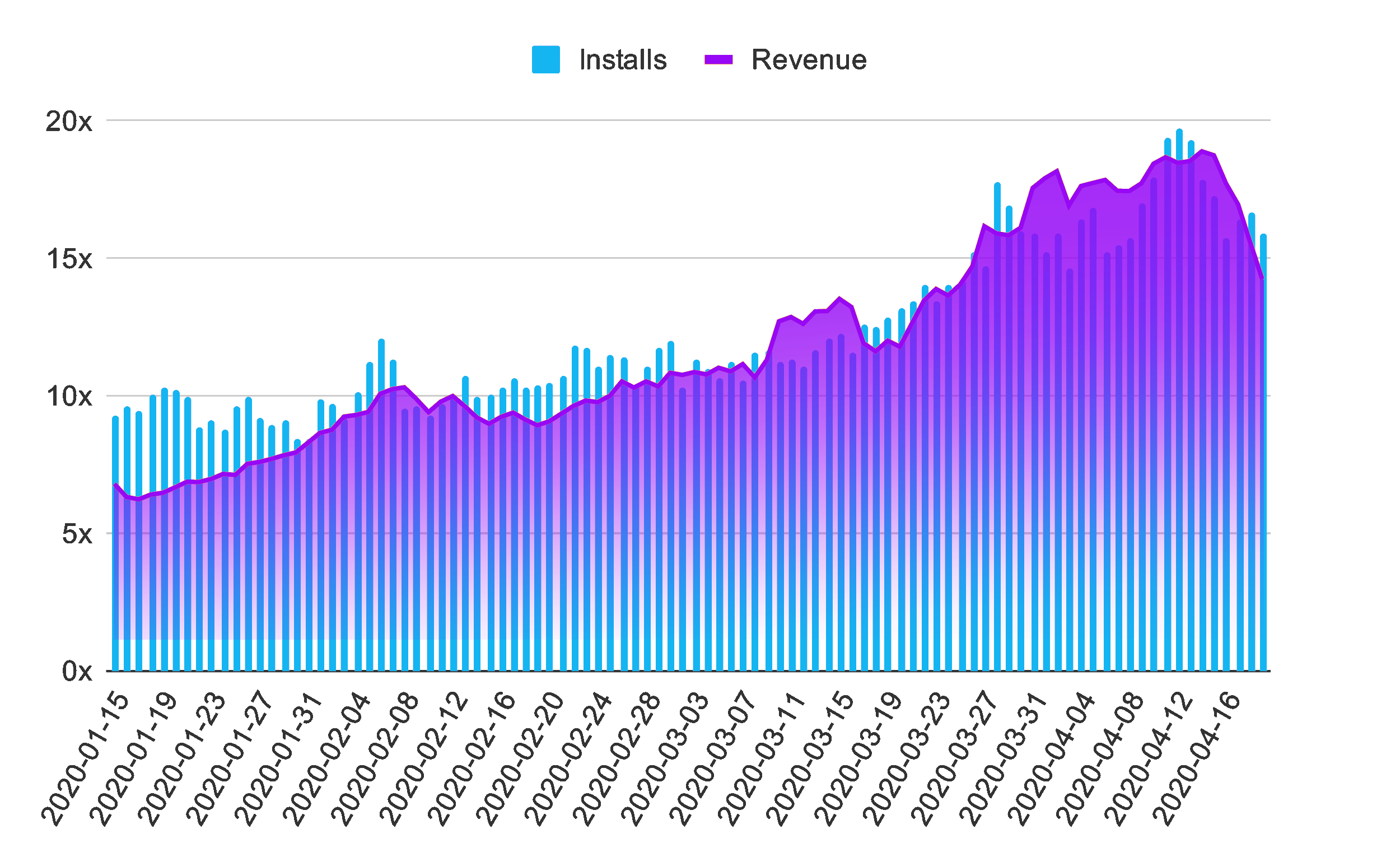 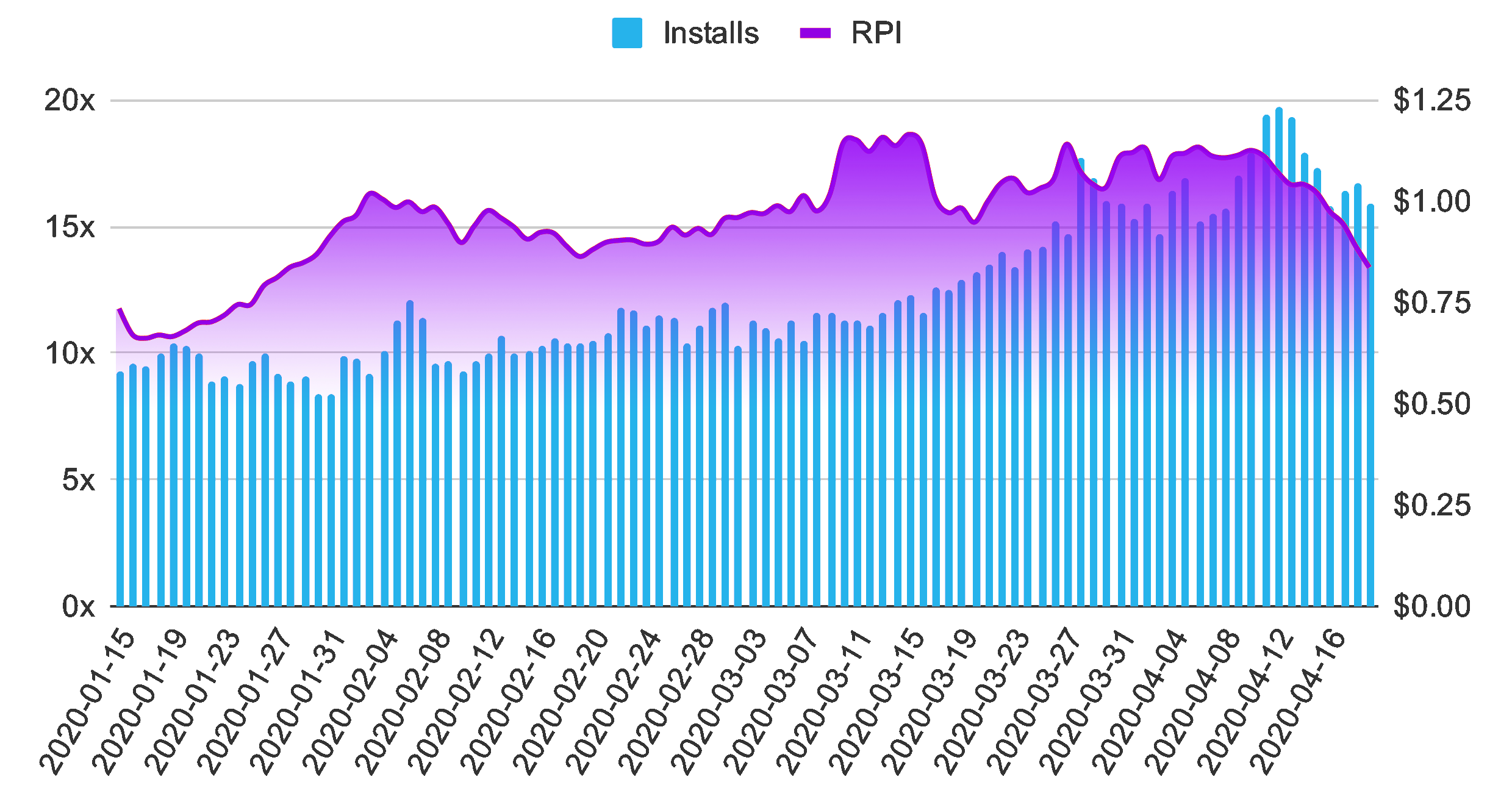 The cost per install (CPI) remained stable even with this increase of both RPI and app installs. Aarki only saw a 3% change from the CPI in December to the CPI in April. 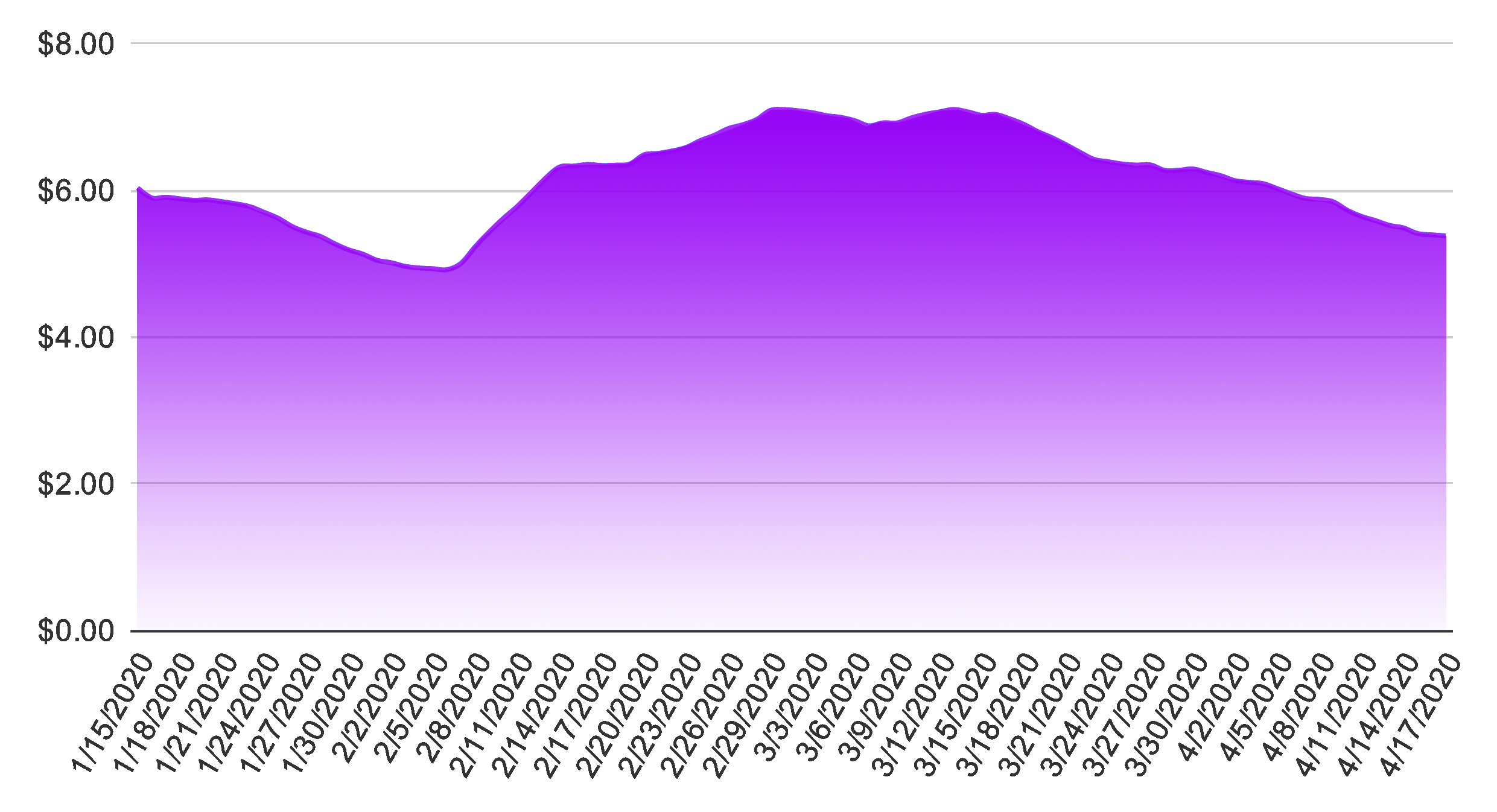 As advertisers nowadays target and optimize users down the funnel, we also investigated the cost and revenue generated specifically by social casino app purchasers. The cost per purchaser (CPPr) did not change significantly (2%), it is, in fact, cheaper than the CPPr in December last year. 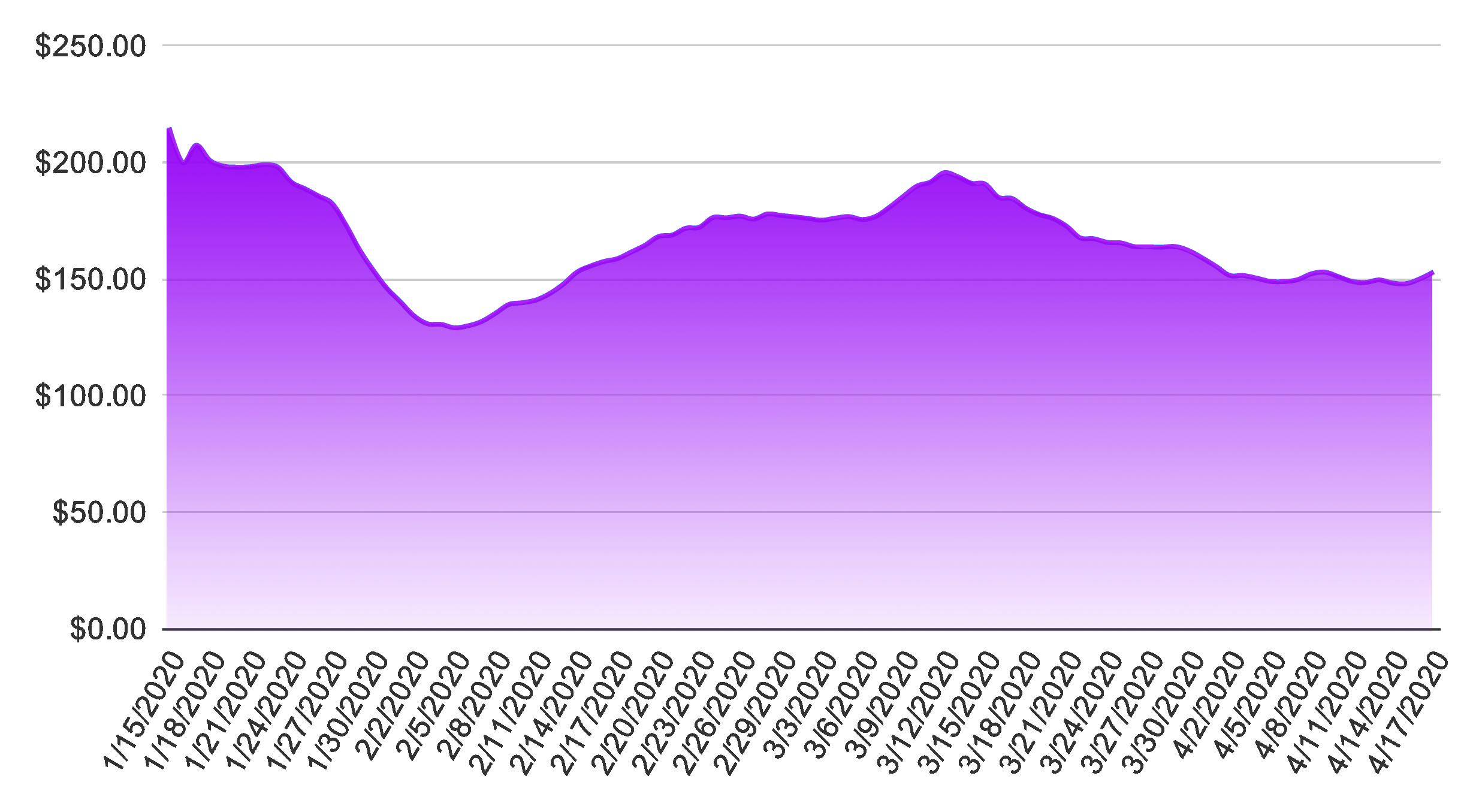 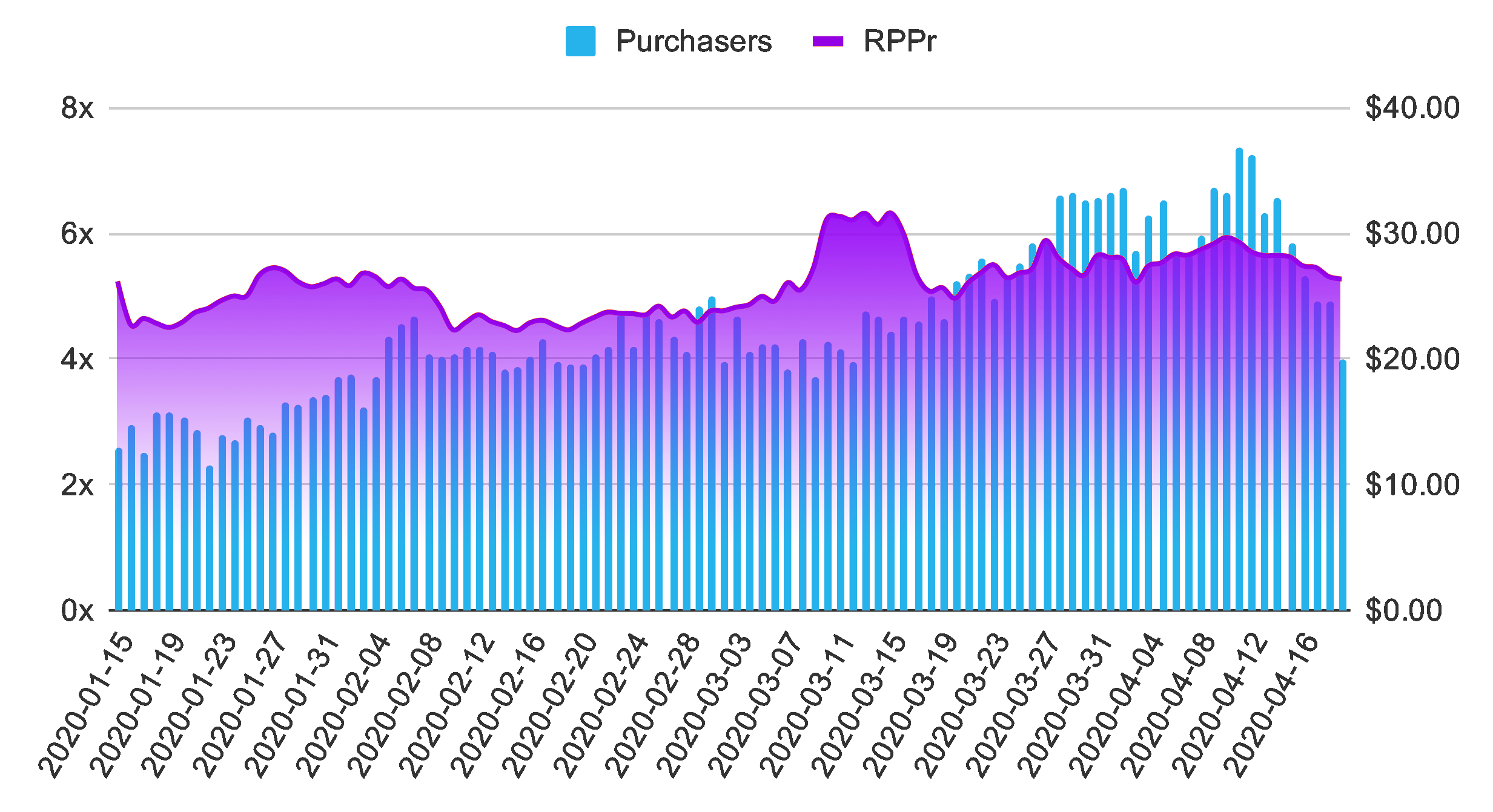 Mobile games are now under the spotlight and there may be an opportunity to turn some of these casual players into more loyal customers. As this pandemic proves to be an unprecedented time for all people around the world, considerable changes might still be seen and making predictions about mobile social casino performance will be difficult until the situation stabilizes.