In August 2016, Playrix released a new game called Gardenscapes. The new match-3 game quickly captured the hearts of many and rose up the top grossing charts. The unique storyline and gameplay was a hit.

A year after its launch, we started a campaign with the objective of getting more people to experience the game and re-engage our lapsed users. We needed to inspire others to try the game while rekindling the hearts of our current players.

We set out to create something new and something unusual for marketing the app. We created an interactive video interstitial which allowed the users to choose how the video would play out. Each choice influenced the storyline and the outcome.

This idea uses the core value of the game: choices help make you better. Even as storms hit, you become stronger… you stand up and build a new and better world.

Together with supporting creatives that highlighted the characters and the gameplay, we turned the experience of interruption into something delightful.  The 110,575 users who installed the app thought so too.  Our campaign ROI increased by 99.69%.  The campaign KPI was surpassed and maintained seven times lower in eCPI. Proving the power of story and humanity. 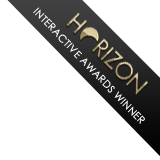 Copyright 2019-20 | Aarki, Inc. All rights reserved. † AARKI is a trademark registered in the U.S. Patent and Trademark Office.