In a real-time bidding setting, it is crucial to predict the expected revenue from a particular ad impression. To calculate the purchase probability of the app users and thus improve the ROI prediction, advanced machine learning models use non-attributed data that allow them to conduct post-install event optimization. Also, with non-attributed install postbacks enabled, advertisers could dynamically exclude bidding on existing users to avoid paying for users who are already re-engaged.

With the Multiplicative and Pointwise Mutual Information (PMI) models, Aarki determines the purchase probability, ensuring your ad dollars will be spent on the best users.

The Multiplicative model gives the opportunity to directly use predictions from a model trained on non-attributed event data. 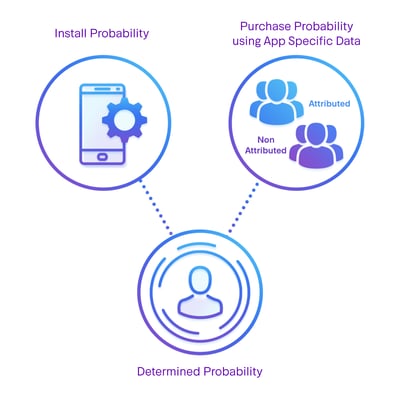 These predictions are multiplied at bid time, giving the expected number of purchases.

To determine the value of the Multiplicative model and show the impact of non-attributed installs and events on bid predictions of machine learning models, we analyzed a programmatic advertising campaign for a game app.

With the PMI algorithm, we can effectively model Aarki-specific user conversion funnels while pre-training on non-attributed event data. 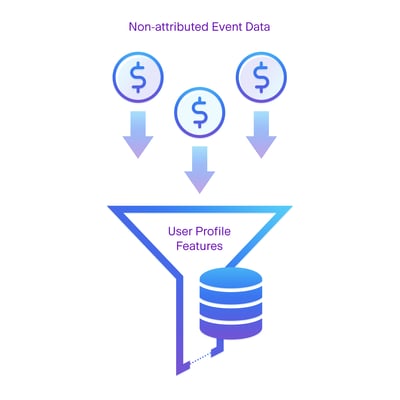 The advertiser’s non-attributed event data is used to compute pairwise correlations between user profile features and in-app purchase events. These correlations are then used to “warm up” features in a direct optimization model, which predicts purchase probability at impression time.

This feature encoding technique allows features that are strongly correlated with the target event to carry more weight in the model.

To determine the value of the PMI model, we analyzed a programmatic advertising campaign for a game app. The result was 62.58% higher normalized ROI, 209% more installs and 3% lower cost per install (CPI).

With the help of both algorithms, Aarki’s data scientists determine purchase probability ensuring that advertisers are spending their marketing budget effectively. By providing non-attributed event data, advertisers take a huge step towards higher ROI. Want to give it a try? Shoot us a message.