Preparing Your Growth Marketing Budget for the Holiday Season

The holidays are fast approaching and the season of giving continues to put us all in good spirits. With the festivities just around the corner, one thing is clear - consumer spending is as high as ever! According to a consumer holiday report by OpenX, consumers are feeling overly optimistic about the future, with more than 70% feeling confident the economy will improve. Their optimism is fueling a growth in holiday spending, which is anticipated to grow by 5% year-over-year, including significant growth in digital shopping.

Why advertise in November and December?

Mobile made serious headlines during the holiday season last year. It was responsible for 34% of revenue on Black Friday. Cyber Monday sales hit a record $7.9 billion, and $2 billion of that came from mcommerce. More than half of online visits that day came via mobile.

The growing share of traffic and sales come from smartphones indicates the increasing and important role of mobile for holiday purchases. Our in-depth research and data also make a strong case for advertising mobile apps during the holiday season.

To prove the effectiveness of holiday season advertising, we analyzed one of our campaigns from last year and calculated the average bid and win prices, cost per install (CPI), and ROI. Here are the key observations: 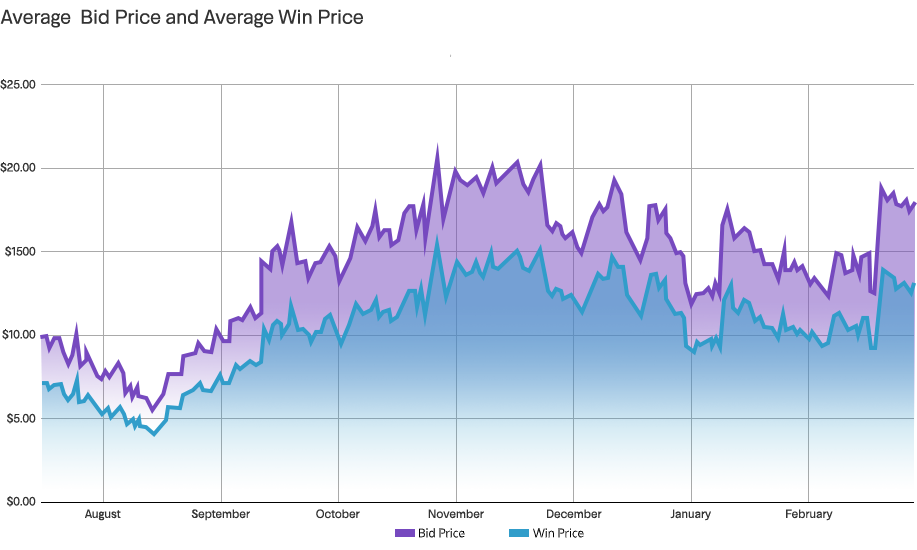 #2 There was no significant increase in CPI throughout December. In fact, it actually decreased by 16.25% around December

#3 ROI had also increased by +48.73% around mid-October and was sustained through mid-December. 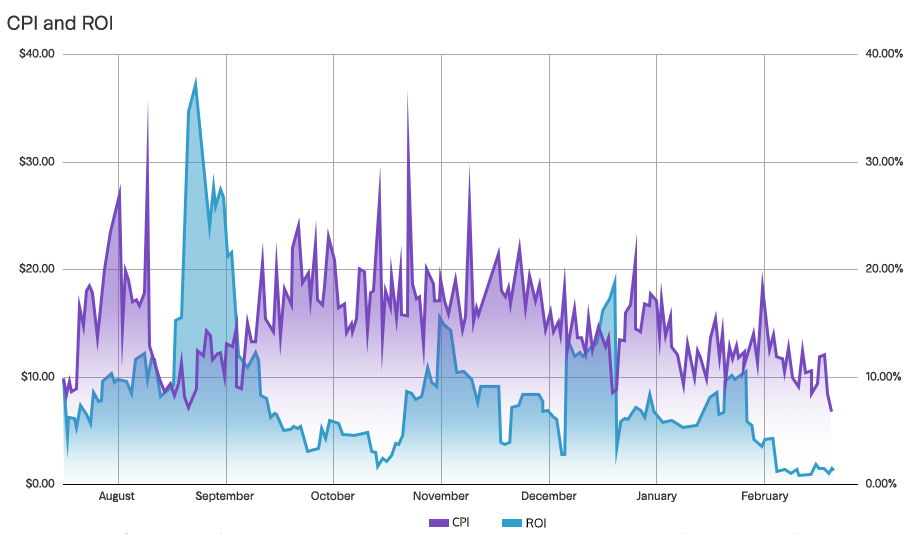 The majority of consumers making holiday purchases via their smartphones are millennials who spend an average of 5.7 hours on their mobile phones daily. According to OpenX, during this year’s holiday, 69% of millennials will be using their phones to shop, and 33% already spend at least three hours a week shopping on their mobile devices. Imagine the number of ads they’ve seen during that period alone.

While the millennial demographic is definitely a revenue-generator, it pays to broaden your focus—50% of baby boomers split their holiday shopping between online and in-store.

Tip: When designing your ad creative, tailor it to the right audience. 71% of consumers prefer personalized ads. More often than not, engagement with the user will happen.

The holiday season is also the best season for mobile marketers to run their campaigns because of the increase of mcommerce—more and more, consumers are using their mobile devices to buy, and buy more expensive items as well. During the 2018 holiday season, ecommerce sales hit $54.2 billion, 43.8% of which were mcommerce purchases. Compare that to the rest of the year, where mcommerce made up 39.6% of ecommerce buying.

Spending is anticipated to grow due to the optimism consumers are feeling towards the economy. In the same report by OpenX, 46% of millennials plan to spend more during this holiday season, which is 50% higher than the US average.

Designing highly relevant and catchy ad creatives is your key to success with holiday season campaigns. Read on for some tips and tricks to catch the attention of holiday shoppers.

Incorporate the season’s elements into your ad creatives. You can include details like snow or falling autumn leaves.

If you want to take it to the next level, design costumes for user favorite characters to further appeal to their preferences.

Does your app already contain different holiday themes or features? Use them to your advantage by highlighting these to your audience. Engage your users by incorporating seasonal features into different types of gameplay.

In order to stay relevant, take part in the celebration! For example, during Thanksgiving, you can feature a turkey and other food popular during the season. Christmas characters can engage users and drive them to purchases. Don’t forget about localization! Holidays are celebrated around the world, so remember to target global markets as well.

The holiday season is almost upon us and we know two things for sure: consumers expect to shop and they love mobile. Don’t miss your chance to grab a bigger slice of the holiday pie.