Incremental Lift Analysis: Will It Help Your Next Retargeting Campaign

Did you know that only 30 apps are used each month by the average smartphone user? That’s why one of the challenges mobile marketers face is re-engaging their current and lapsed user base. As programmatic advertising becomes popular, more strategies and approaches are being devised to address the issues of mobile marketers - one of them being an incremental lift analysis.

An incremental lift test is mostly used by the advertisers who want to measure the effectiveness of retargeting campaigns. It can also help them decide on an optimal re-engagement strategy. 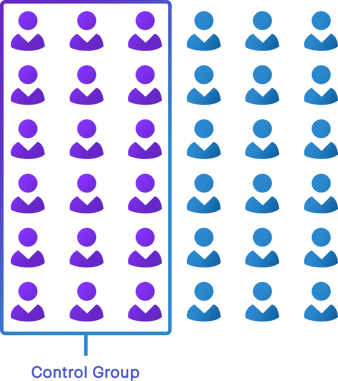 There are two widely used approaches in running an incremental lift test. The first is Intent to Treat (ITT), and the second is a Public Service Announcement (PSA), which is also known as a Placebo Ad.

Intent to Treat (ITT) is where the control group will not be seeing any ads or will served as a holdout group. Most advertisers use this approach since it’s less expensive and easier to implement. This strategy has a lot of noise and comparison is not apples to apples given that not all of the users from the targeting group will be included in the analysis. A high match rate and inventory are essential to this strategy since you’re only including data in your targeting group who have seen the ad. It’s not like a control group wherein all users are included in the analysis. 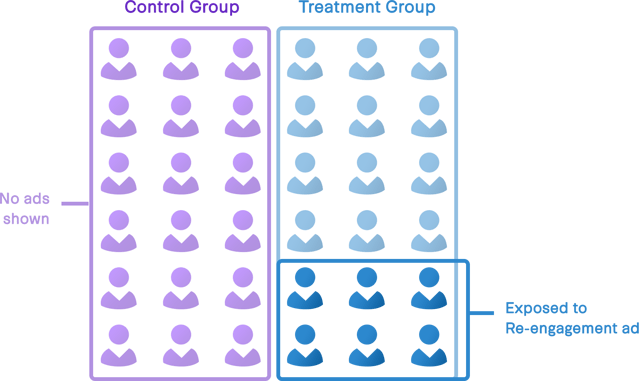 On the other hand, the PSA or Placebo Ad is where both treatment and control groups will see an ad but instead of a brand-related ad, the control group will be served with a PSA ad. This approach is unbiased but is not cost-efficient as advertisers are paying to serve an unrelated ad to the users. In terms of running the analysis, it's easier as all events and performance are being tracked in real time by both network and advertiser.

For computing the lift and incrementality we will be using the below computation.

Note: Assuming that the control and treatment group is equally split

If you’re running out of strategies to re-engage your mobile app users, elevate your re-engagement campaign through an incremental lift analysis. It’s a great tool to use when deciding the optimal strategy that will work for your brand. Want to learn more? Shoot us a message here.